Hack Your Brain To Improve Your Career, Relationships, And Health 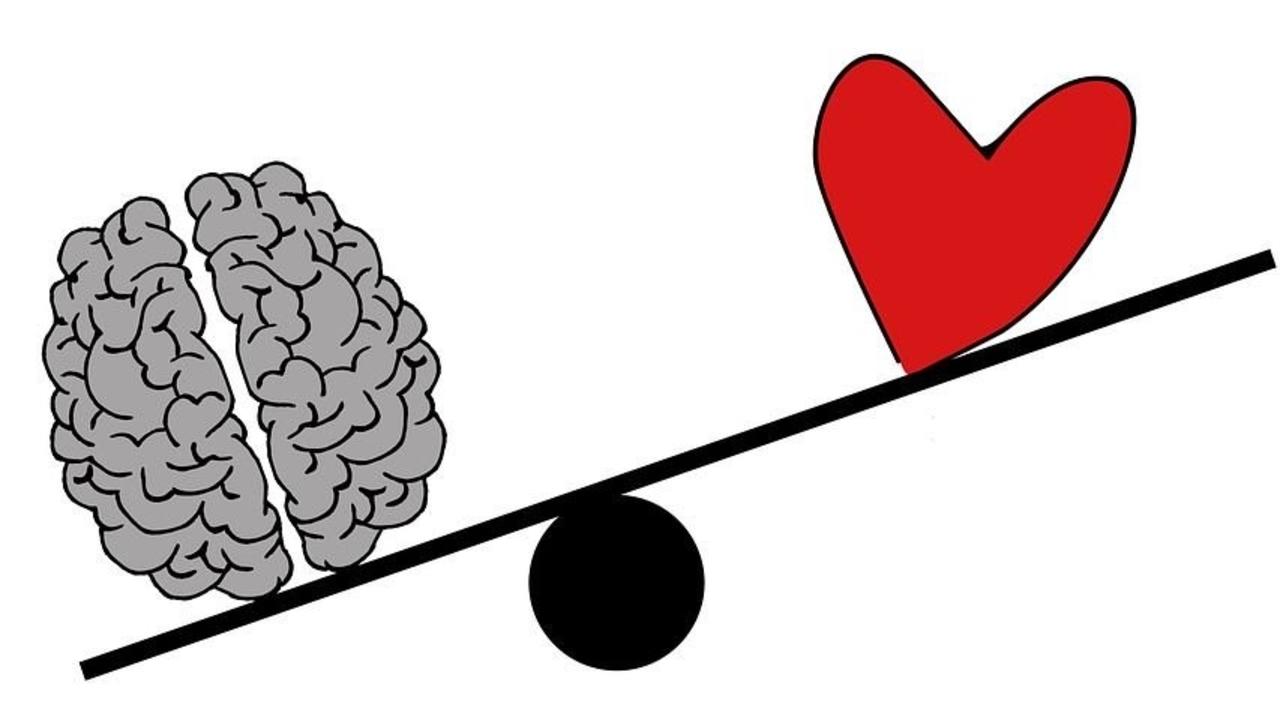 One of the key components of emotional strength coaching involves Dr. Paul MacLean's Triune Brain Theory. In this theory, the brain is divided into 3 parts representing different drives and motivations.

Although all parts of your brain simultaneously work together and aren't actually separate entities, it can be helpful to differentiate them with individual personalities. By doing this, you can better understand certain internal motivations and inner-conflicts that don't make LOGICAL sense. Using the Triune Brain Theory helps you uncover certain patterns that have been repeating to cause unhappiness. This process is also what keeps traumatic events repeating on a loop and makes them difficult to release without intervention.

So, what does it mean to "hack your brain"?!

In emotional strength coaching, I'm often introducing new ways of thinking about your situation or certain events. When you're in the middle of an anxious situation, it can be difficult to see alternate viewpoints. If you've been telling yourself false stories or have limiting beliefs, then you may not realize how damaging a particular thought pattern can really be! My role is to serve as a mediator between you and your 3 brains. It's like getting all of you in a room together to hash things out. Each brain has their own viewpoints and belief system which may not make sense to you OR the other brains!

The first brain I'm going to talk about is considered Level 1 in your journey to reprogram or "hack" your brain. The Reptilian or Survival brain is the first brain to develop in the womb. Anatomically, it consists of the brain stem and cerebellum. Physiologically, this area of the brain activates your self-preservation mechanism (fight, flight, and freeze), governs your autonomic nervous system (controls breathing, blinking, hunger, reflexes, and heart rate), and is concerned about all things needed to ensure your survival (reproduction, food, water, shelter, and tribe).

I describe this brain as having a "caveman" like personality. It's not logical or overly emotional (other than anger), but is more reactionary based on your environment. It's constantly on HIGH ALERT for real threats, but it can overreact to what it PERCEIVES as a threat...even if it's only a POTENTIAL threat! It's job is to keep you alive no matter the cost, and this brain would rather react first and ask questions later!

What could possibly go wrong with that?!

When the Survival brain is in charge, you can make choices that are "safe" but not necessarily what you really want. It can keep you stuck in a situation because routines are safe. This brain wants to eliminate the element of surprise, and if you can control a situation, then that equates to safety.

In modern day society, a caveman would certainly be out of place! When was the last time you stopped and thought "What would a caveman do"? Probably never, right?! However, understanding HOW this brain thinks and WHY it reacts the way it does is the KEY to understanding some of your deepest fears.

Here are some of the top areas affected by the Survival brain's influence:

1) Money and your career

For a caveman, your primary concerns were food, shelter, and water. In modern society, money is what allows us to have those things. Because money (via your job or career) is how you get the main things necessary for survival, it's a pretty big deal! If you strip down money worries to their core, then the primary fear is being able to provide for yourself and your family (or tribe). Often, being homeless comes up during sessions, and this is directly linked to the Survival brain's fear of being without shelter. Staying in a job you know doesn't make you happy is driven by the fear of not being able to acquire the basics needed for survival.

When you understand that money blocks or limiting belief patterns about abundance and prosperity are really about survival, then it makes the brain much easier to reprogram.

Other than food, shelter, and water, a mate (for reproduction) is incredibly important. In addition, the Survival brain wants you to be part of a tribe (or family). To this brain, being alone is one of the worst-case scenarios. Why? Because being alone decreases your chances of survival! Since being alone wouldn't help you survive, the Survival brain will do almost ANYTHING to avoid putting you in a situation where you could be alone. This may include staying in a relationship that isn't healthy for you, co-dependent behavior, an inability to cut ties completely with toxic family members, and jumping from relationship to relationship after breakups with no downtime to heal.

I often see chronic health issues including anxiety or panic attacks being directly related to an overactive Survival brain. When this brain is overactive, it's constantly reacting to perceived threats. These are things that the Logical brain would not normally consider a threat like traffic, leaving your house, or interacting with the public. When the Survival brain encounters a real or potential threat, it's hard wired to take control and initiate your fight or flight response. In addition to increasing anxiety, certain health conditions will manifest to help you AVOID situations that cause increased stress such as working or socializing with others. The Survival brain thinks it's "helping you" but in reality, it can sabotage your health and make your situation even worse! This kind of "help" can lead to even bigger internal conflicts because if you can't work, then you won't have money to buy all the things! This brain can sabotage more than one area of your life simultaneously.

As humans, we're hard-wired to survive. What makes emotional strength coaching combined with emotional release so incredible at helping people vs other techniques is because it actually treats the Survival brain (your unconscious) rather than stopping at level 2 (your Emotional brain). It addresses the most important level as a human and what is considered your "autopilot" or default programming. Addressing this level and understanding it provides you the key to easier reprogramming. If you want to hack your brain, then you have to start with the basic programming, right?!